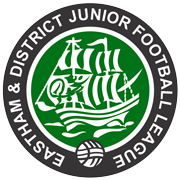 There being none we carried on with the meeting

We announced to all Member Clubs that we have 5 new clubs entering int the League for season 2019-2020 Those Clubs are Wallasey village Youth, Cheshire Vikings, Western Victoria, Pensby, And Tranmere Rovers Foundation

It was announced that we were down £6,000 on last years figure. We will be looking at the medals bill and the referees bill for cup finals also the cost of the new web site.
Proposed Young Lions Sec JFC Greasby

League Division Allocation will be shown on the new web site

Most age groups will have last seasons 2 up 2 down unless the League require to balance them out The biggest change will be in the Under 14 Divisions where the number off teams will be spread evenly across the Divisions When we are ok all divisions are right these will be going on the Whole Game ready to intergrate with Full-Time.

Referees Fee has to increase to £24.00 for competitive Football with both teams paying £12.00 each

No requirement for non- competitive matches to have a ref but if they arrange one the cost will be £16.00 Shared by both teams paying £8.00 each. No referees are to be used on Under 7 or Under 8 Teams

A vote was taken on whether extra tine should be played if a cup match is drawn or go straight to penalties it was voted on and will be extra time then penalties.

Kick off times are to take place between 9.30am and 1.30pm; however, if both teams agree kick off can be outside those times but this is not to be encouraged. If you want an earlier kick off please make sure your opponents have time to get there, kick off times are set by the home team

Managers are to check their profiles within the Whole Game you must have a mobile number and email address submission of results rely on your information is correct.

Late results will incur a fine of at least £5.00

For not playing your game i/e Unfulfilment £20.00

For non- attendance of League Meetings £20.00

There being no other business the Meeting was closed at 8.40pm